A downloadable game for Windows

Every year around Halloween time a group of teenagers get together and tell horror stories.Unforgettable horror tales that will keep you up at night and leave you in a state of disarray.

Description:
Fear Society takes inspiration from the TV show "Are You Afraid Of The Dark" as you listen to several teenagers tell their unforgettable horror tales on a night where scary behavior is the norm. Tales that include murder, supernatural activity, mythological creatures, and ancient folklore's are all present in this dark and twisted game.

Stories:
Title: The Haunted House
Story Teller: Jeanine
Plot: The story is about a criminal named Billy who has fallen on hard times, and is now deep in debt to loan-sharks. Billy finds out about a rare necklace located in
a vacant haunted house. The necklace has a street value of $25,000, just enough for Billy to pay off his debt, and have some money left over for a rainy day, but this isn't your average haunted house. The house has been rigged with traps and puzzles to prevent Billy or anyone else from stealing its precious treasure.
Traps: Few
Puzzles: Many

Title:Maniac
Story Teller: Hannah
Plot: Two sisters find themselves being stalked by a homicidal maniac who has a ravenous desire for blood-lust.
Traps: Many
Puzzles:None

Title:Penelope
Story Teller: Roger
Plot: A college student tries to infiltrate a cult, but ends up getting more than she bargained for during her initiation ceremony.
Traps: None
Puzzles: Few

Title:Tyler
Story Teller: Mike
Plot: Meredith, a single mother of one, has had a rough life and to make matters worse her son has started acting out and misbehaving after meeting a new friend in their apartment complex. When confronted about his behavior and this "new friend", her son mentions someone by the name of "Abby" who lives in Apartment 104. Shocked by this response, the mother sets out to confront the tenant in this room, but there's one problem. Apartment 104 has been vacant for months.
Traps: Few
Puzzles: Many

The fear society is a group of teenagers who get together every Halloween to tell horror stories. The group consists of four members and has been in existence since 2011.

Members:
Roger- The oldest member of the group, and somewhat of an average story-teller. Hoping to break the mold this year, Roger is ready to recite a tale that is bound to leave the other members speechless this year.
Story-Telling: 6/10
Genre: Folklore's, Urban Legends and Supernatural.

Jeanine- Probably the best storyteller out of the whole group. Her stories will keep you up at night and wondering if that noise you heard while you sleep was just a noise or something else.
Story-Telling: 9/10
Genre: Supernatural and Urban Legends.

Mike- A very arrogant individual who believes his horror tales are the best. His stories are spooky, but not on par with Jeanine's.
Story-Telling: 7/10
Genre: Urban Legends and Mythological Creatures.

Hannah- The youngest of all the members and latest addition to the group. Not much is known about her except for her love of a good scary story.
Story-Telling: Unknown.
Genre: Unknown.

Was this made in VX Ace?

Interesting. Looks creepy I have to say. If it were made in VX Ace I would love to help port it to MV.

Thanks for the offer.

You're welcome. Though I could still help out in some way if that's possible? Like be the tester or bug fixer for it? Cause I usually do that when I port VX Ace games over to MV.

I might need a beta tester for a game I'm creating. Here is the link to the game: http://zerodigitz.newgrounds.c...

I will pm you when I have a playable build ready. 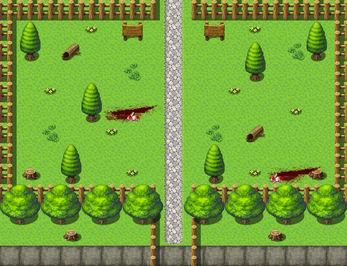 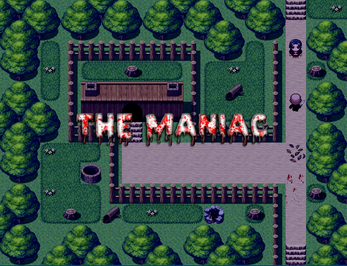