A downloadable game for Windows

The small town of Foxwood receives unwanted attention as the death of three girls becomes the focal point and the talk of the town. Daisy Winters, Rose Summers, and Leslie Falls die two days before their high school graduation in an alleged suicide pact. Quinn, a private investigator, takes on the case to figure out how the girls died. Missing evidence and an incompetent police department hinders his investigation until he comes across a diary belonging to one of the victims. The diary sheds light on the town's troubled past and why the town is covering up the deaths.

Sins Of Daisy is an episodic crime drama that will span four episodes. Each episode will have two different endings based on the choices and decisions you make in the game. These choices will carry over from the previous episode to the next episode. If you love shows like Twin Peaks, The Killing, Law And Order or True Detective you will love this type of game.

Quinn - The protagonist of the series. He is a foul-mouthed and egotistical individual with little regard for others. Reluctant at first, Quinn takes a huge interest in the case of the three girls.

Birch - The police chief of Foxwood. The tenacious chief only wants to protect his town and is willing to bend the rules to keep his town safe. Suspicious of how the girls died coupled with an inconclusive coroner report, Birch joins Quinn in their quest to solve this mystery.

Daisy Winters - The most popular girl at school. Everyone in Foxwood knows who Daisy is or should I say use to know. She was found dead in her bedroom two days before graduation. Daisy leaves behind a diary with subtle clues and insight on what happened to her and her friends right before their death. Seemingly innocent on the outside, Daisy has many secrets that will soon be revealed.

Rose Summers - One of Daisy's best friend. She was found dead in the Winter's Residence.

Leslie Falls - One of Daisy's best friend. She was found dead in the Winter's Residence.

Autumn - High school friend of the three girls. She despises the Foxwood Police Department and rebuffs any notion that her friends committed suicide. Fed up with the case; she decides to take the law into her own hands.

Detective Williams - A moronic detective employed by the Foxwood Police Department. Somewhat of an idiot; he does have redeeming qualities such as his loyalty to Birch.

Detective Isaac - A hard-nosed in your face detective working for the Foxwood Police Department. He has an old school mentality and believes that unnecessary force is just a myth.

Detective Rourke - The only female detective in the Foxwood Police Department. She is mentally unstable at times and has a strong belief in the "blue wall of silence".

There will be a total of four episodes with different endings depending on what choices you make in the game.

You determine the characters fate so be careful of what choices you make.

Any comments on the game are welcomed.

What was this made in?

Episode 2 will be released tomorrow.
You can select either Episode 1 or skip to Episode 2.
Added a lot of humor and joke dialogue.(Be prepared to laugh)
Added mini-games.(Orb Zone, Escape The Maze)
Added three new songs(Fear, Dance, Graduation Anthem)
Added objectives.
Added a few more locations.(Bar, School Floors 1-5, Town Of Foxwood, etc.)
Added police tips.(There scattered across the Town Of Foxwood)
The game has been trimmed down to four episodes.
New character is introduced depending on which choice you make in Episode 1.
Made changes to the Winter's Residence
I changed the font for the game. The text should look better and be easier on your eyes

I suggest playing through the game twice, choosing different scenarios so you can see the totality of the story lines and how it intersects with one another. For instance, if you select Episode 2 from the beginning, you will be given two choices. If you select yes the first time and finish the game. Play the game again and select no in your second play-through.

I apologize for any bugs or issues you may encounter. I am trying to play through all the possible scenarios to prevent this. 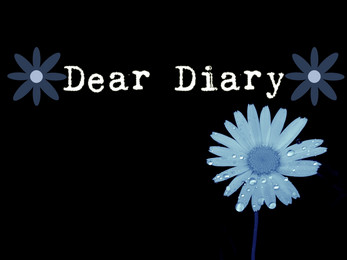 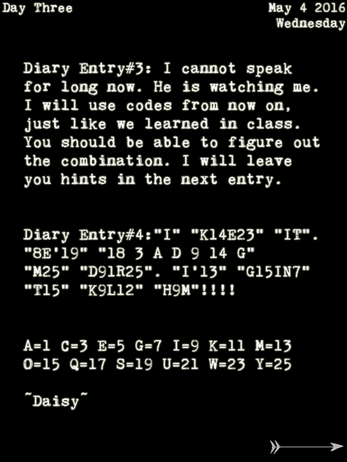 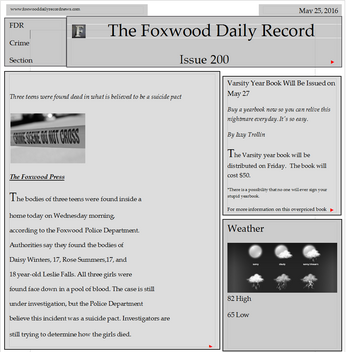 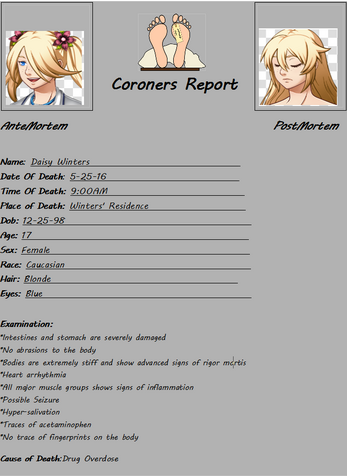